Frank Torre, Chairman of the DMC Rehabilitation Institute of Michigan (RIM), and Chairman of the 2020 RIM Foundation Go Beyond Gala, brings David Goggins to Detroit as the keynote speaker for this year’s event. 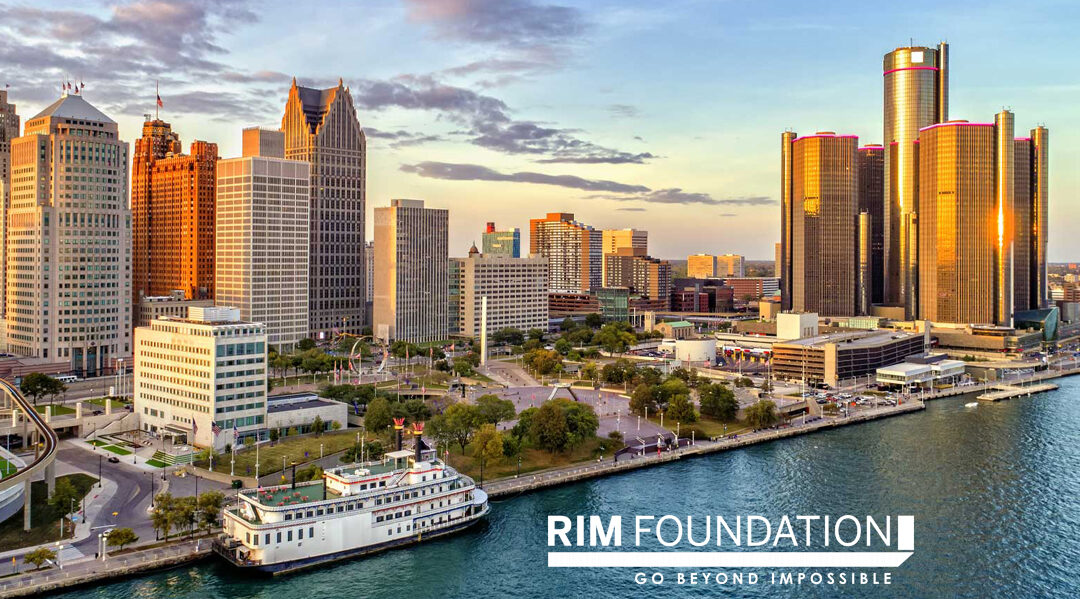 David Goggins, a retired Navy SEAL and the only member of the U.S. Armed Forces to complete SEAL training (including two Hell Weeks), the U.S. Army Ranger School (where he graduated as Enlisted Honor Man) and Air Force Tactical Air Controller training.

David is also an accomplished endurance athlete, and has completed over 60 ultra-marathons, triathlons, and ultra-triathlons, setting new course records and regularly placing in the top five, and holds the Guinness World record for pull-ups.

A nationally recognized and notable motivational speaker, David has shared his story and inspired and motivated thousands of individuals, numerous professional sports teams, and the staff at Fortune 500 companies with his story of overcoming impossible odds.

The RIM Foundation is excited to include David Goggins as part of its annual philanthropic event which fuels the Foundation’s mission of making a difference in the lives of the hundreds of patients across Metro Detroit and nationally.

Gala attendees will also have the opportunity to meet some of the Institute’s patients who are living life without limitations thanks in part to the generosity of its supporters.

They’ll share their inspirational stories of overcoming impossible odds, and how the Rehabilitation Institute of Michigan Foundation helped them prevail over adversity and recover their lives. 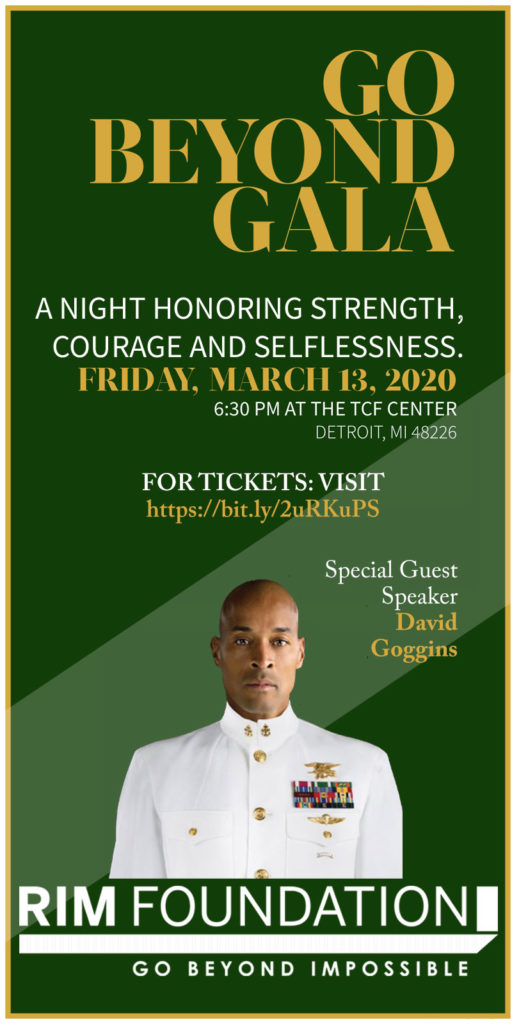